Micheal Has a Cameo in the New Comedy Bad President 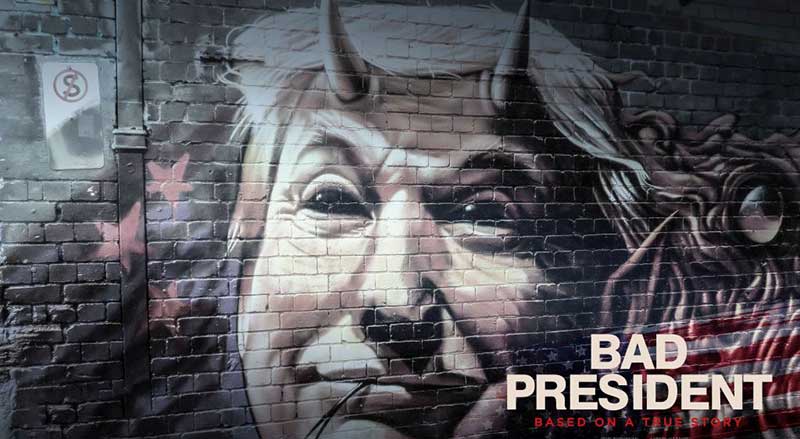 Michael was thrilled to play a cameo in the feature film Bad President, directed and produced by Param Gill and scripted by John Buchanan and Param Gill. Bad President is a comedic satire about Donald Trump’s rise to power during the U.S. election in 2016. The comedy covers various scandals and features the real Stormy Daniels, the pornographic actress who claimed to have had an affair with Trump.

One Donald Trump is already more than enough, but those attending the virtual Cannes Film Festival event next week will get a second dose of the president in the form of Bad President, a satire about Trump’s 2016 election experience. Deadline reports that the film has been picked up by VMI Worldwide, who will be shopping the comedy during the “festival.”

“Bad President is a film we all need to see especially before the 2020 election to remind us of the incidents that took place five years ago. I enjoyed taking Trump’s true statements and unforgettable moments and turning them into something we could all laugh at,” Param Gill—the film’s producer, director, and co-writer—tells the outlet. Bad President is a bit of a Going To America reunion, with Gill working alongside America star Eddie Griffin and co-writer John Buchanan. In Bad President, Griffin plays the devil, who makes a deal with Trump (Jeff Rector), securing the “businessman” the Oval Office. The comedy also touches on Trump’s numerous scandals, which is how Stormy Daniels apparently got involved.