Michael recent performed a voice over for an Eyecast radio advertisement. Listen to the Voice Over Now

Michael Stars in “The Boulevard” Pilot

Michael Wayne James is starring in the role of Harold Dean and is a member of the assembly cast. Set in 1950s Los Angeles, “The Boulevard” is a gripping mystery noire thriller crime drama that will leave you hanging on the edge of your seat! We hope to get... 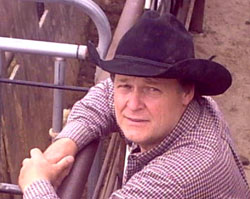 Michael Stars in “Back Roads: A Texas Tail”

Currently in post production, Michael stars as the central charactor of ‘John Callaway’ in Back Roads: A Texas Tail” (PART ONE) by writer and producer Jody Stelzig. John Callaway is a second generation cattle rancher in this contemporary western...

Michael plays the role of James in the movie Pandemic. Pandemic played at the Annual Queens International Film Festival which honors the works and inspiration of some of the greatest independent talents in film making.

The heart and soul of the movie “Finding Red Cloud” is Michael Wayne James. He’s different compared to the other two main characters, as he is the only character who just wants to make a good impression on someone. The guy wants to be a hero. He sits in a superhero...

“REWARD” screened in Los Angeles in December 2008 as part of the New York International Independent Film and Video Festival and had the honor of winning in the Best Short Film category. http://www.nyfilmvideo.com/

Michael Wayne James and Banning Kent Lary have partnered up as a producing team and are pleased to announce the formation of “Tradewinds International Pictures” which is a quality independent production house involved in a variety of projects and genres....

Day of the Child

The goal of this non-profit is to celebrate the birthdays of all the disadvantaged children from LA Unified.
« Older Entries
Next Entries »